In the last weeks, four rounds of discussions with the Secretary General of the FIR took place in Düsseldorf, Frankfurt / M., Magdeburg and Vienna.
It was an overview of the political influence of the extreme right on government policy, but also about the social influence, without being in government, as in the Netherlands, France and not at least in Germany. 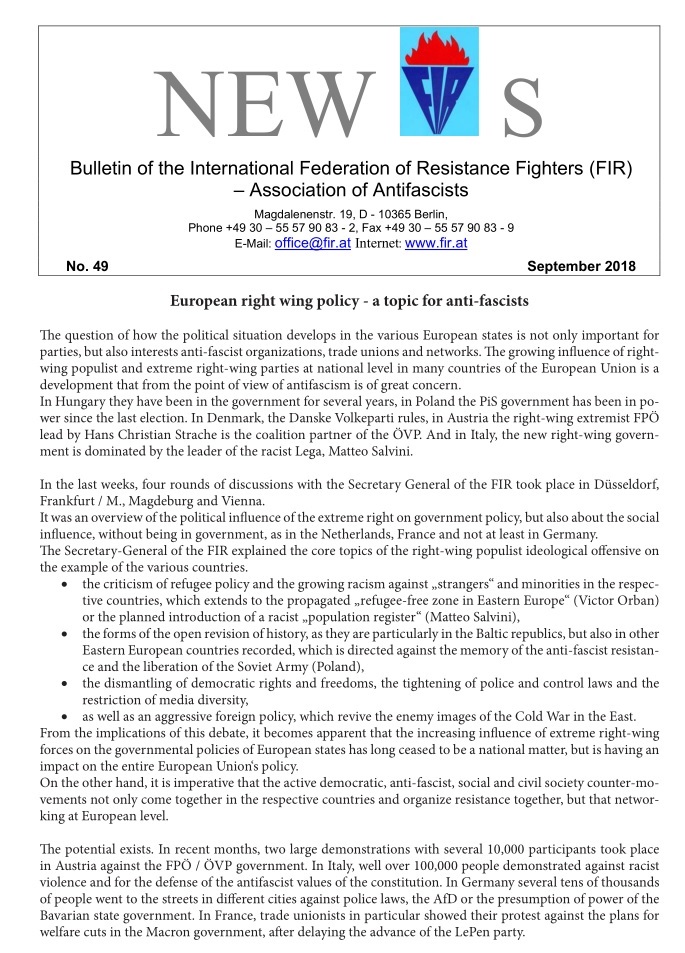