While we often in recent months have had to report on historical revisionism, this time we can annotate a good example of anti-fascist historical work. 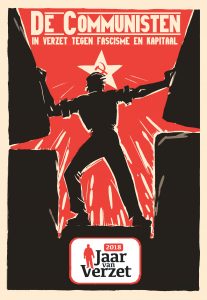 The Nationaal Bevrijdingsmuseum 1944-1945 in Groesbeek tells the impressive history of communist resistance in the Netherlands in a fascinating special exhibition “The Communists. In the Resistance to Fascism and Capital”, which will be on to 31 March 2019.
From the first day of the German occupation of the Netherlands, the entire Communist Party of the Netherlands (CPN) became a national resistance organization. The illegal CPN soon counted thousands of resistance fighters, many of whom had valuable experience in illegal activities. Despite the persecution, the resistance newspaper “De Waarheid” was spread throughout the country in 1940 and the communist resistance is considered the originator of the February 1941 strike. Numerous posters, newspapers, photos and other media illustrate the exhibition. On display is a duplicator that printed “De Waarheid” and a sabotage tool used to derail trains. The persecution of the Communists is told by the impressive drawings of Henri Pieck and the extraordinary chess game that Nico Mourer made during his imprisonment of breadcrumbs. 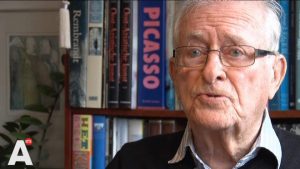 In connection with this exhibition, on 19 May 2018 a historic symposium took place. The guest speaker participated Max van den Berg, the Michel Vanderborght award winner, who had attended as a 14-year-old with his classmates on Docker’s strike in February 1941.
Other speakers at the symposium included Rien Dijkstra, the son of a former Spain fighter and board member of the Spanish Foundation 1936-1939. He reported on the Dutch volunteers in the Spanish Civil War. Other historians and experts reported on the resistance in various parts of the country and the “Action CPN”, the German arrest after the attack on the Soviet Union.
The museum in Groesbeek was surprised by the great interest in this conference. Already days before, it announced on its website that the symposium was fully booked. The exhibition and symposium were a contribution to the Dutch “Year of Resistance 2018”.