Call to the survivors of the Kindertransporte and their descendants: Come and remember founder ‘auntie Truus’ Wijsmuller 80 years after the first Kindertransport 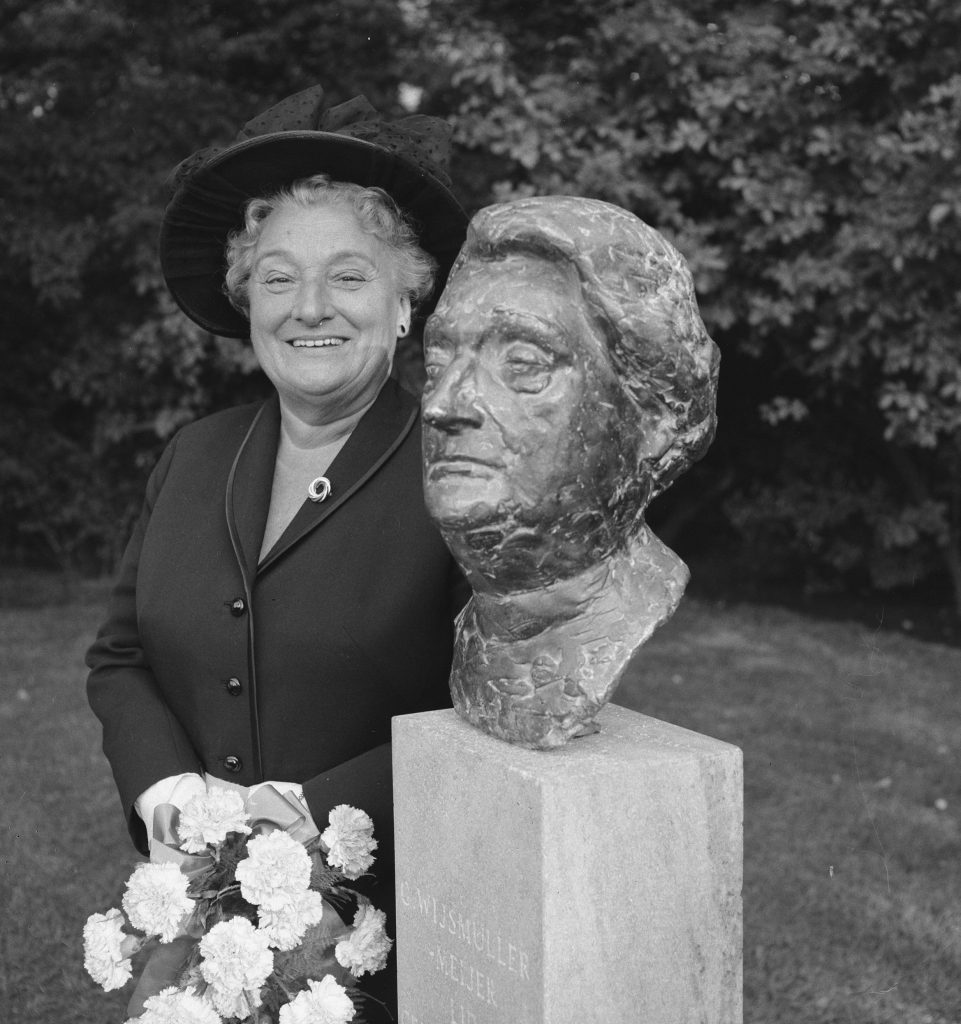 The Dutch Anti-fascists’ League calls for all survivors of the Kindertransporte and their descendants to remember the Dutch woman who started it all, exactly 80 years ago: ‘auntie’ Truus Wijsmuller-Meijer. There will be a public remembrance in Amsterdam on 9th of November, 17:00, at her statue, Bachstraat.After the ‘Kristallnacht’ (Night of the Broken Glass) on 9-10 November 1938, the first large scale Nazi-pogrom in Nazi-Germany when 100 ‘Jews’ were murdered, 1200 synagogues were burned or destroyed, and thousands of ‘Jewish’ shops were smashed, auntie Truus and her ladyfriends decided to help those in need. Among those helped are some well-known names, such as British film director Karel Reisz and American sex educator Dr Ruth.Two weeks after the Kristallnacht, auntie Truus traveled from Amsterdam to Vienna to meet with the devil’s personal assistant and administrator of the Holocaust, Adolf Eichmann. At first he wouldn’t receive her, but she pressed on and managed to get five minutes. To get rid of her, Eichmann told her she could take 600 Jewish children, provided she managed to get them out of Austria within five days, speculating she couldn’t do it. The children came to the train station in time and were brought to Holland, where the ferry to safe and free England awaited them. That was only the first of many Kindertransporte that would run until september 1939, when war broke out on continental Europe and borders closed.In total, auntie Truus and her friends, such as Berlin rabbi’s wife Recha Freier, founder of the Youth Aliya, got 10,000 children out of Nazi-Germany and Nazi-Austria.The year 2018 is also the 40th remembrance of the death of auntie Truus. Despite her enormous achievements, she is scantily known in Holland and neither included in Dutch school books nor in the Dutch official history canon and hardly has any Dutch streets named after her. Her birthplace, the old city of Alkmaar, does not even have any reminder of her. Zero…
She is the greatest saviour of Jews in Holland and by so doing, the greatest, most succesful and most peaceful Dutch adversary of Nazism and hate.
Auntie Truus foiled the Nazi effort to annihilate Jews. She is also worldwide the woman who saved the most Jews.
(Only eight men surpass her – in order of people saved: first and foremost the unknown Swiss consul Karl Lutz, who saved about 52,000 Jews, the Bulgarian politician Dimitar Peshev, the Spanish diplomat Eduardo Propper de Callejon, the Mexican consul Gilberto Bosques Saldivar, the Roman Catholic diplomat mgr Angelo Rotta, the Swiss Red Cross representative Friedrich Born, the Portugese consul Aristides de Sousa Mendes do Amaral e Abranches, and only then the Swedish diplomat Raoul Wallenberg – he, and Lutz, the monsignor and Born were stationed in Budapest, Hungary. Two Belgian women and the German-Belgian princess Elizabeth, also have an outstanding record in saving threatened people.)

Auntie Truus helped people in their greatest need, no matter what the cost, who they were or where they came from. So did thousands of other Dutch women and men. The Netherlands is the country that proportionally saved the most Jews during WW II and received by great length the most Israeli awards per capita from Yad Vashem – 5,669and counting. In other words: 1 in 1600 Dutch has received the ‘Righteous among the People’ award from Yad Vashem, the official Isreali Holocaust documentation center. Dutch anti-fascists’ spokesperson and remembrance organiser Arthur Graaff’s father and two of his uncles, ministers, received the award as did of course auntie Truus. So we should all follow her example, especially a man named Donald Trump. The call for remembrance has also been sent to the mayor, aldermen and alderwomen and city council of Vienna, the Vienna Jewish community and the Jewish Museum in Vienna. The same call has been sent to auntie Truus’ birth town of Alkmaar. A proposal has been sent to organize a statue for auntie Truus in Vienna.

On November 9th at 16:00, auntie Truus will be remembered and flowers will be laid at her small statue in Amsterdam in the Bachstreet. Host will be her distant nephew, Arthur Graaff, of the Dutch Anti-Fascists’ League and Ronald Leopold, director of the Anne Frank House, of which auntie Truus was one of the founders, has been invited to givce a short speech.
Dutch tv-presenter Tim Hofman, currently very active and succesful in helping unwanted refugee children to stay in Holland, will also attend and the mayor, aldermen and council members of Amsterdam and Alkmaar are also invited as is the Austrian ambassador.
After the remembrance, a short walk wil follow to the house of one of Mrs Wijsmuller’s best friends, Mrs Miep Boissevain-van Lennep, who opened her house to the most deadly resistance group in Holland, CS6, that killed about 30 Nazi’s and suffered six deaths itself, among them Mrs Boissevain’s two sons.
If you cannot attend, please send your messages of adherence to Twitter #kindertransport1938 or to Arthur Graaff, fpamsterdam@yahoo.com. We will mention as many of these messages as we can during the remembrance. The event will be videoed and then posted on Facebook on Arthur Graaff’s account (Aart Geef).
Further Info:
Arthur Graaff, fpamsterdam@yahoo.com
++31 (0) 6 2704 7728.