75th Anniversary of the victory of Stalingrad

On February 2, 2018 the International Federation of the Resistance fighters (FIR) – Association of Anti-fascists celebrates the 75th anniversary of the Red Army’s victory of Stalingrad.

The way to Stalingrad was signed by murdering, homicide, exploitation, suppression and destruction – done by German fascism and its allied. Coventry, Rotterdam, Warsaw and Belgrade are the symbols of the air terror, which carried the armed forces over the cities of Europe. Auschwitz, Buchenwald, Majdanek, Sobibor have themselves entrenched in the mind of mankind as ‘monuments’ of the Holocaust – a holocaust produced by Nazi ‘Superior Race’ theories against all peoples, regardless of colour and race. 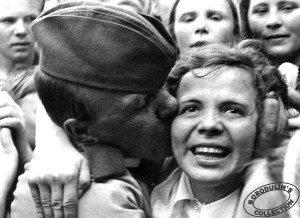 The victory of Stalingrad stands against it for hope for liberation and the resistance against murderous German fascism.

This hope was paid with countless human lives. The Soviet side registered approximately one million victims among the civilian population and the fighters of the Red Army in this battle. We remind the dead ones and commemorate all of those, which used themselves with their life and their health for the liberation of its country from the fascist occupation and smashing the fascist beast.

This battle of Stalingrad was not only of military importance. It represented a historical turning point in the fight of the anti-Hitler coalition with the expansionistic requirement of German fascism:

In this sense, FIR reminds the anniversary of victory of Stalingrad. We connect our thanks to the fighters with the promise to pass this memory on of the today’s generations. We cannot understand and accept that the today’s German government refuses to participate at the celebration in Volgograd this year.